So it’s been a few weeks since my last post. I guess you could say I was busily researching wine…

Now that we are in full spring mode, wine tasting events are popping up everywhere. One festival that I went to

Heathcote is a small rural town, nestled in central Victoria (90 minutes North of Melbourne). The wineries based in and around Heathcote proud themselves on magnificent reds. With hot-dry summers, cool-wet winters, and sitting on rich Cambrian soil, this wine region is a Shiraz’s paradise. If you’re ever hard pressed when it comes to choosing a red, one from the Heathcote region will certainly satisfy.

The festival is plonked on the grounds of the Heathcote Showground’s, with over 40 wineries on site. While no Bertie Beatle showbags were anywhere to be seen, there was certainly the opportunity to create my own little showbag of goodies to take home with me; which is exactly what I did. 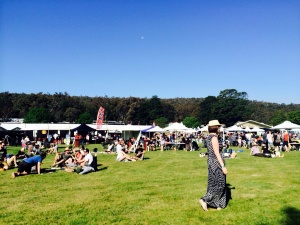 Not a cloud in the sky

Upon entry, I was handed a glass with the festival name etched on it for keeps. Woo-hoo! Gotta love a free wine glass.

Going against the words of advice from Beyonce ‘to the left-to the left’, I took a right and started off with tasting at Tellurian Wines – which had a mixture of reds, whites and a rose on offer. One particular variety up for tasting, that I had never tasted before, was called ‘Fiano’ – A light, slightly sweet Italian variety with lemon and pineapple notes. Perfect chilled on a warm summer’s day.

With the overwhelming amount of wineries, and only one day to taste (the festival goes over two days!), I had to be choosy where to tip my glass. 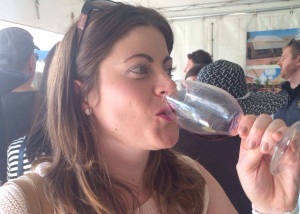 Tips on choosing where to tip your glass:

Fewer people at the tent, the better.

While they say don’t judge a wine by its label, do it. 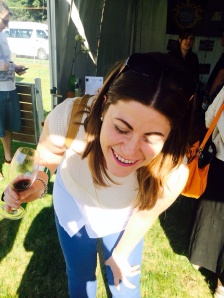 Something was obviously really really funny

Throughout the day I was making like Santa, and making a list and checking it twice. At the end of the day, I went back to the wineries I ranked ‘top tasting’, to make my purchases, and created my very own Bertie Beatle showbag.

My purchases for the day:

This winery was crowned ‘Best Red Wine of Show’! 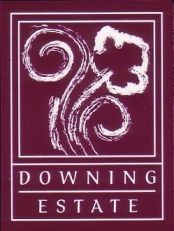 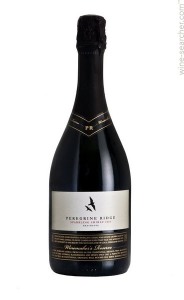 While the next Heathcote Wine Festival may be another 12 months away, do yourself a favour and go treat yourself to a drop of that Heathcote goodness. Better still, go pour yourself a glass of Fiano. You wont regret it. 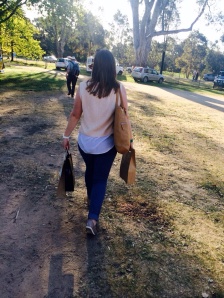 Leaving the grounds with my showbags

Until next time winos,